Covid-19 Update. Following the direction of health authorities at Centers for Disease Control (CDC), Public Health Agency of Canada (PHAC), and the World Health Organization (WHO), we are providing our locally owned stores guidance on keeping customers and staff healthy and safe in response to COVID-19. A Child Is Missing, Inc. (ACIM) is a non-profit 501(c)(3) organization. A Child Is Missing Alert Program and Recovery Center assists Law Enforcement Agenicies nationwide in the early search and recovery of missing children (often with Autism, Down syndrome), the elderly (often with Alzheimer’s disease, Dementia), disabled persons, on-campus college students and other vulnerable populations.

Theo van den Boogaard (born 25 March 1948, Castricum, Netherlands[1]) – also known as Theo Bogart – is a Dutch cartoonist. He first came to attention as an underground cartoonist in the early 1970s for the sexually explicit comics series Ans en Hans krijgen de kans (Ans and Hans Get the Chance). He is best known for co-creating Sjef van Oekel, a long-running comic strip based on the TV character, written by Wim T. Schippers. He received the 1989 Stripschapprijs for his body of work.[2]

A child born outside of the United States automatically becomes a U.S. Citizen when all of the following conditions have been met on or after Feb. 27, 2001: The child has at least one parent, including an adoptive parent, who is a U.S. Citizen by birth or through naturalization; The child is under 18 years of age; The child is a lawful.

Theo van den Boogaard was born in 1948 in Castricum, in the Netherlands province of North Holland. As a child, he was interested in drawing and singing. At the age of 15, he published his first comic Mark, Boter bij de Vis (Mark, Butter with the Fish)[3] At the age of 17, he began drawing for Hitweek magazine and moved to Amsterdam after graduation to begin his career.[4] Amsterdam would later have great influence on his work, with the city being known for its 'free-spirited' feel and openness to sexuality and culture.[5]

In 1967 he made the underground comix series Witje and Gertje for Hitweek, which was continued from 1968 to 1969 in Aloha.[4] This work has been recognized as the first Dutch underground comic, but it faced criticism due to featuring a naked woman.[4] For Studio, he drew the Pinocchio strip (1968). In 1969 he started in Aloha (and soon after in Chick) the series Ans en Hans krijgen de kans (Ans and Hans Get the Chance), which was noteworthy for its liberal treatment of sexuality, and gave him recognition by Andreas Knigger, a comics critic who described Boogaard as 'the greatest European underground comics artist'.[4] The comic was published in 1972 as an album by De Bezige Bij.[4]

Beginning in 1976, van den Boogaard drew Sjef van Oekel, a comic about the experiences of the well-known and controversial television character. The series was popular, and Dolf Brouwers, who played the character on TV, came to object to the fact that he received no compensation for his likeness being used, and for the sexual content of the series, and in 1989 he sued. In 1991 a judge ruled the character should not be portrayed in 'obscene or pornographic scenes'. Schippers and Bouwers eventually settled on the financial compensation.[4]

Between 1980 and 1984, Boogaard was published in the American comics series Gay Comix. He drew an untitled comic in issue #1, 'My Most Embarrassing Childhood Experience' in issue #3, and the back cover of issue #5.[6]

In 2003, he published Theo van den Boogaard signs death.[3] In 2005 he created Iron Lines, followed by The art of following, about receiving guidance.[3] In 2013, he began to focus on his childhood dream of singing and drawing, and created a Bob Dylan piece that he plays on a screen while he performs Bob Dylan hits on stage.[7] In 2016, he published Four Winters In a Row, a set of illustrations paired with a song of his, about a man struggling to find happiness.[5]

Van den Boogaard is openly gay, and has incorporated related themes into his work.[8]

As of 2016, he has undergone chemotherapy treatment, but the type of cancer has not been disclosed.[9] He has spoken of his struggles to keep drawing while undergoing chemotherapy, and discussed his fight for happiness in his Four Winters In a Row.[7]

In 1989 Boogaard received the Nederlandse Stripschapprijs for his works.[11]

Once Upon A Child 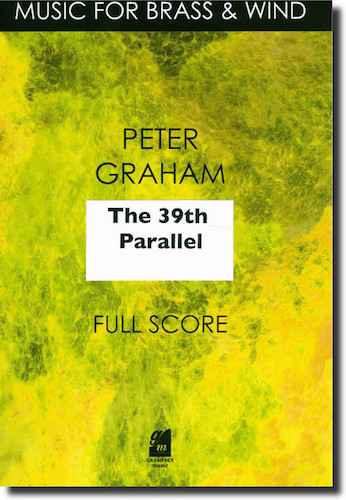