Margot Lee Shetterly (born June 30, 1969) is an American non-fiction writer who has also worked in investment banking and media startups. Her first book, Hidden Figures: The Story of the African-American Women Who Helped Win the Space Race (2016), is about African-American women mathematicians working at NASA who were instrumental to the success of the United States space program. She sold the movie rights while still working on the book, and it was adapted as a feature film of the same name, Hidden Figures (2016).[1] For several years Shetterly and her husband lived and worked in Mexico, where they founded and published Inside Mexico, a magazine directed to English-speaking expats.

Margot Lee was born in 1969 in Hampton, Virginia. Her father worked as a research scientist at Langley Research Center,[2][3] and her mother was an English professor at the historically blackHampton University.[4] Lee grew up knowing many African-American families with members who worked at NASA. She attended Phoebus High School and graduated from the University of Virginia's McIntire School of Commerce.

After college, Shetterly moved to New York and worked several years in investment banking, first on the Foreign Exchange trading desk at J.P. Morgan, then on Merrill Lynch's Fixed Income Capital Markets desk. She shifted to the media industry, working at a variety of startup ventures, including the HBO-funded website Volume.com.

In 2005, Shetterly and her husband moved to Mexico to found an English-language magazine called Inside Mexico.[5] Directed to the numerous English-speaking expats in the country, it operated until 2009. From 2010 through 2013, the couple worked as content marketing and editorial consultants to the Mexican tourism industry.

Shetterly began researching and writing Hidden Figures in 2010. In 2014, she sold the film rights to the book to William Morrow, an imprint of HarperCollins, and it was optioned by Donna Gigliotti of Levantine Films.[6][7] The book and feature film adaptation were both released in 2016. The film stars Taraji P. Henson, Octavia Spencer, Janelle Monáe, and Kevin Costner. It was nominated for several awards, including three Oscar nominations (Best Picture, Best Adapted Screenplay and Best Supporting Actress for Octavia Spencer).

In 2013, Shetterly founded The Human Computer Project, an organization whose mission is to archive the work of all of the women who worked as computers and mathematicians in the early days of the National Advisory Committee for Aeronautics (NACA) and the National Aeronautics and Space Administration (NASA).[8]

In 2018, Shetterly published a children's picture book, Hidden Figures: The True Story of Four Black Women and the Space Race. The book was illustrated by Laura Freeman.[9] 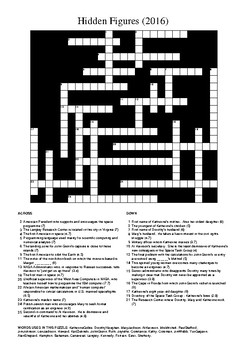